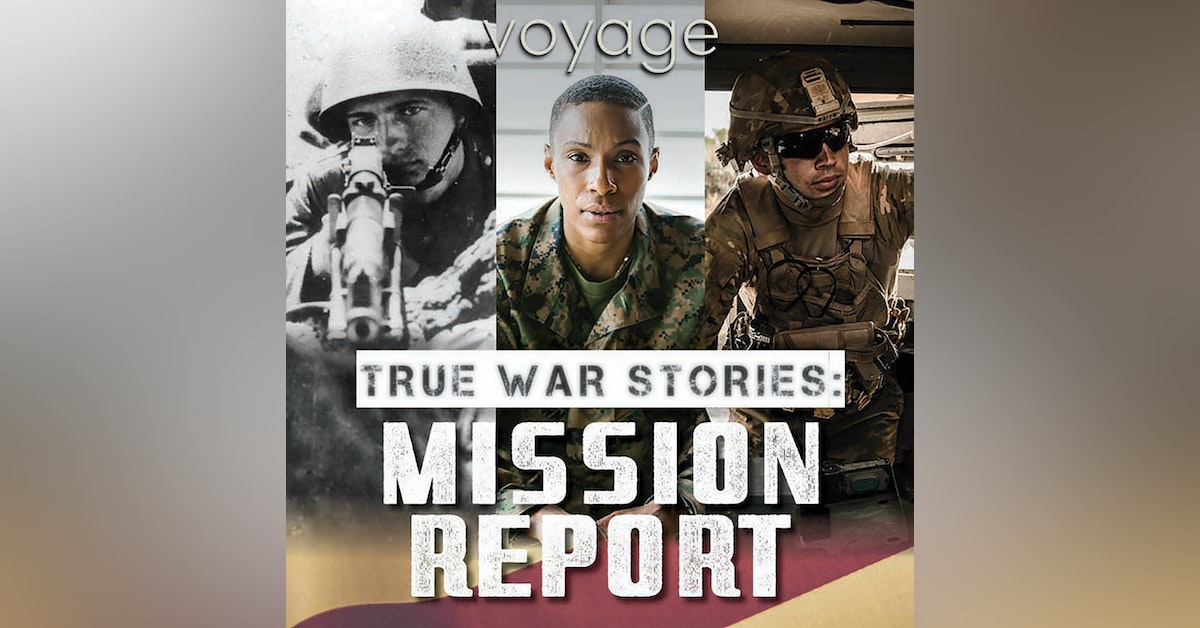 Deborah Levine, daughter of a World War II military intelligence officer/ Ritchie Boy, shares first-hand stories of WW II and the Holocaust with wartime letters of her father, Aaron Levine. He was assigned to interrogate Nazi prisoners of war.

Also, hear the wartime love letters of Estelle Malloy, a Special Education pioneer whom Aaron married after they graduated from Harvard. Then you’ll hear the memoirs of Polish Holocaust Survivor, Leon Weisband. First, we’ll start with Aaron’s immigrant roots from the Ukraine-Latvia region. Next, we’ll see Estelle’s childhood in Bermuda in the only Jewish family to have lived on the island for 4 generations.

This episode of True War Stories: Mission Report was discovered on Catalyst. Catalyst is a community of storytellers, a platform to share your stories, in audio form, in written form, it's a place to collaborate with like-minded storytellers and industry executives. If you're interested in joining Catalyst, just go to voyagecatalyst.com to find out more.

Voyage is proud to support the Wounded Warrior Project and their goal to help bring independence back to our nation’s most severely wounded veterans. For every 100 downloads of any episode of True War Stories: Mission Report between February 1, 2023, and April 30, 2023, Voyage will donate $1 to Wounded Warrior Project. Help us to spread the word by encouraging others to listen to True War Stories: Mission Report, and together we can support our wounded warriors and their families as they heal.

If you would like to make an additional donation to Wounded Warriors Project, please click on the donate button on https://TrueWarStoriesPodcast.com